The Old Testament was written in Hebrew

אמ is the word for Mother in Hebrew

In the original pictographic script, the first letter is a picture of an ox. As the ox is strong, the letter also has the meaning of strong leader. The second letter represents water. The two letters give us the meaning of "strong water." The Hebrews made glue by boiling animal skins in water. As the skin broke down, a sticky thick liquid formed at the surface of the water. This thick liquid was removed and used as a binding agent-"strong water". This is the Hebrew word meaning "mother", the one who "binds" the family together.

Mother is the Strong leader in chaotic waters.

When Mothers walk in the ordination of the office of Motherhood they become:
- A Marvel
- Calmer of the Storm
- Determining One - determining one against chaos
- Pillar
- Sign post in the middle of the road
- Defense against chaos
Like a Dam, She not only holds back the waters but she portions out the blessing that waters brings. A real stalwart dam is also a place of energy production. She is able to take the negative chaos and turn it into positive energy. She is able to portion out water into her community as well as hold back the storm. All of the best Dams in the world tend to be tourist attractions because there is something beautiful about a structure like that standing in the midst of that much chaos and working like a well oiled productive machine.
A modern marvel. 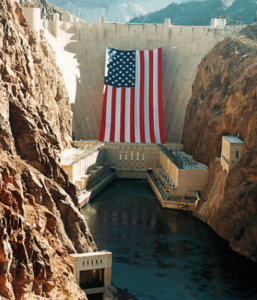 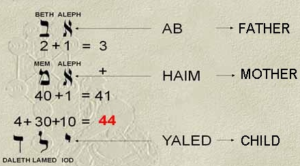 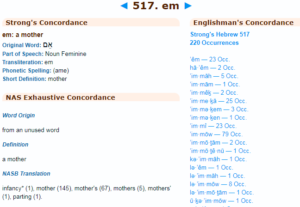 For the king of Babylon stands at the parting (אמ) of the way, at the head of the two ways, to use divination. He shakes the arrows; he consults the teraphim; he looks at the liver.
Mother's chooses which camp the family resides.
Judah = Rod of Correction
Or
Ammonites = Sword of Destruction

6 “As for you, son of man, groan; with breaking heart and bitter grief, groan before their eyes. 7 And when they say to you, ‘Why do you groan?’ you shall say, ‘Because of the news that it is coming. Every heart will melt, and all hands will be feeble; every spirit will faint, and all knees will be weak as water. Behold, it is coming, and it will be fulfilled,’” declares the Lord God.

“A sword, a sword is sharpened
and also polished,
10 sharpened for slaughter,
polished to flash like lightning!

(Or shall we rejoice? You have despised the rod, my son, with everything of wood.) 11 So the sword is given to be polished, that it may be grasped in the hand. It is sharpened and polished to be given into the hand of the slayer. 12 Cry out and wail, son of man, for it is against my people. It is against all the princes of Israel. They are delivered over to the sword with my people. Strike therefore upon your thigh. 13 For it will not be a testing—what could it do if you despise the rod?” declares the Lord God.

14 “As for you, son of man, prophesy. Clap your hands and let the sword come down twice, yes, three times, the sword for those to be slain. It is the sword for the great slaughter, which surrounds them, 15 that their hearts may melt, and many stumble. At all their gates I have given the glittering sword. Ah, it is made like lightning; it is taken up for slaughter. 16 Cut sharply to the right; set yourself to the left, wherever your face is directed. 17 I also will clap my hands, and I will satisfy my fury; I the Lord have spoken.”

18 The word of the Lord came to me again: 19 “As for you, son of man, mark two ways for the sword of the king of Babylon to come. Both of them shall come from the same land. And make a signpost; make it at the head of the way to a city. 20 Mark a way for the sword to come to Rabbah of the Ammonites and to Judah, into Jerusalem the fortified. 21 For the king of Babylon stands at the parting of the way, at the head of the two ways, to use divination. He shakes the arrows; he consults the teraphim; he looks at the liver. 22 Into his right hand comes the divination for Jerusalem, to set battering rams, to open the mouth with murder, to lift up the voice with shouting, to set battering rams against the gates, to cast up mounds, to build siege towers. 23 But to them it will seem like a false divination. They have sworn solemn oaths, but he brings their guilt to remembrance, that they may be taken.